EXCLUDE IN THE PRICES: TIPS AND OTHER THINGS OUTSIDE THE ITINERARY

DESTINATION TO VISITS DURING TANZANIA TOURS

A)LAKE MANYARA NATIONAL PARK:Lake Manyara is a beautiful little park which is famous for its tree-climbing lions, elephants and large troops of baboons. The park is home to an amazing variety of birds and animals considering its small size. A short visit to this serene park will greatly diversify your safari experience as the lush green jungle habitat is of stark contrast to the other parks you will visit during your safari. 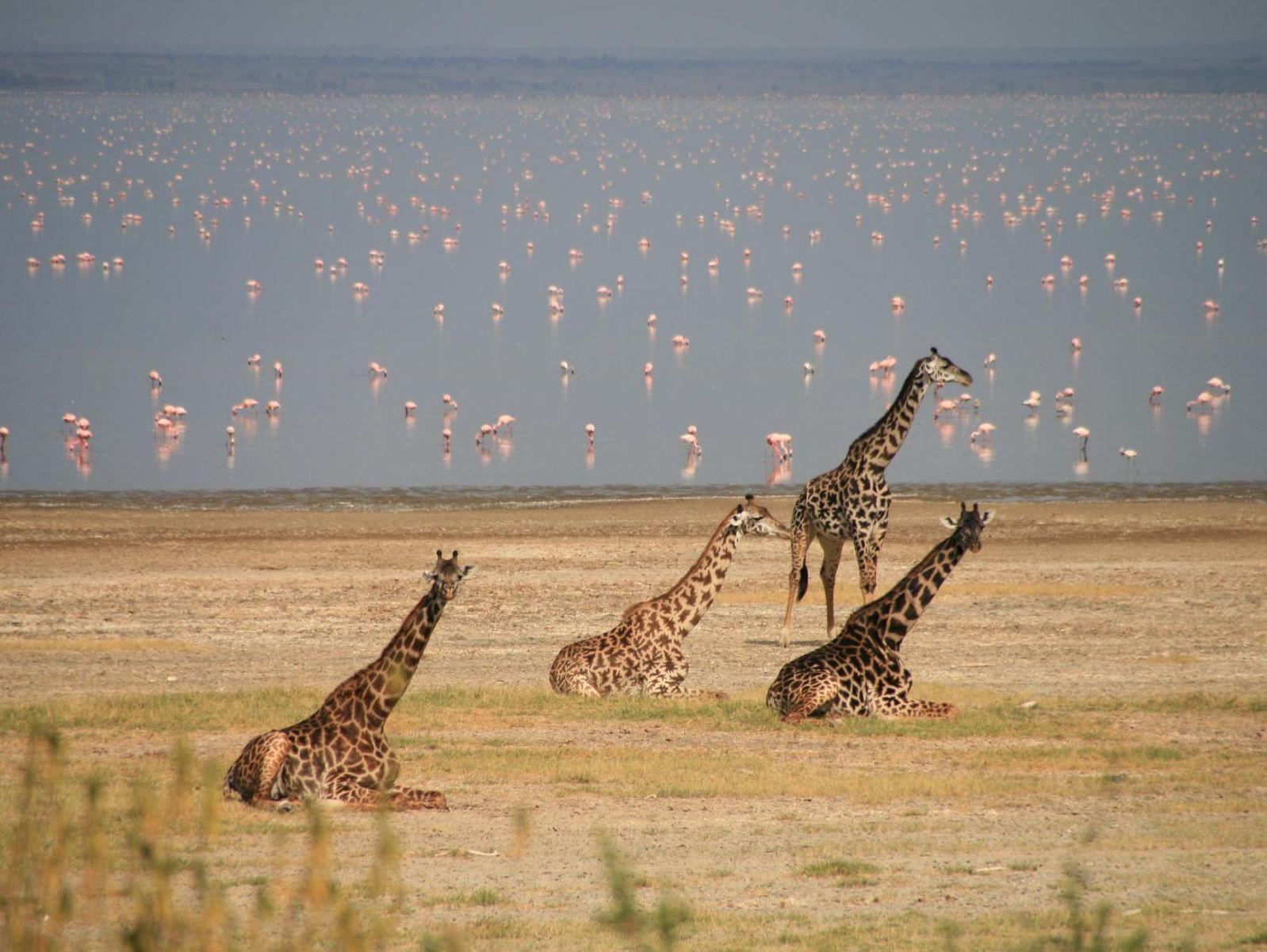 The Serengeti National Park is the world's last great wildlife refuge as it contains an estimated three million large animals, most of which take part in a seasonal migration that is one of nature's wonders. The area covers 14,763 sqkms and the name Serengeti comes from the Maasai 'Siringet', meaning endless plains. The endless plains of Serengeti are also the setting for the world’s greatest wildlife spectacle - the 1.5 million wildebeest endless migration in search for fresh pastures Each year this huge herd of wildebeest (along with over 200,000 zebra and gazelle) migrate in a clockwise direction around the Serengeti, up to the Masai Mara in Kenya and then back down to the Serengeti to have their young (over 8000 wildebeest are born a day between mid Feb and mid-March). 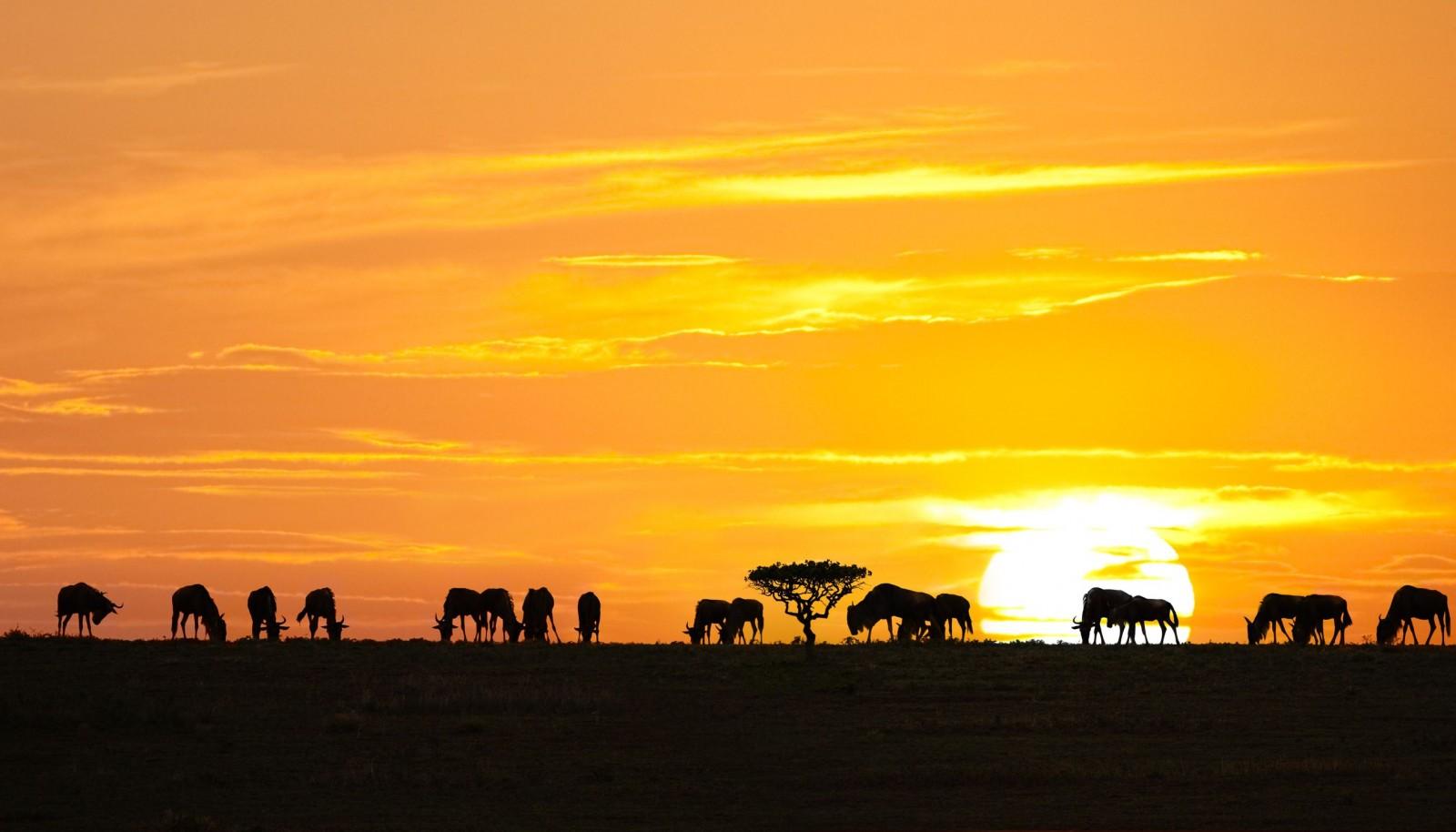 Often called the eighth natural wonder of the world, the Ngorongoro Crater is the largest intact crater in the world. About 2 million years ago the Ngorongoro volcano erupted, and its walls collapsed. The volcano floor sank to create a natural enclosure with its 600m tall walls. Now, at over 19 kilometres wide, Ngorongoro Crater is filled with great areas of acacia forest, hippo filled swamps and open grasslands. These different habitats contain over 30,000 animals – including elephants, warthogs, flamingoes, magnificent birdlife, the rare black rhinoceros and all the predatory cats. The Maasai can also be seen grazing their cattle alongside the buffalo and wildebeest. 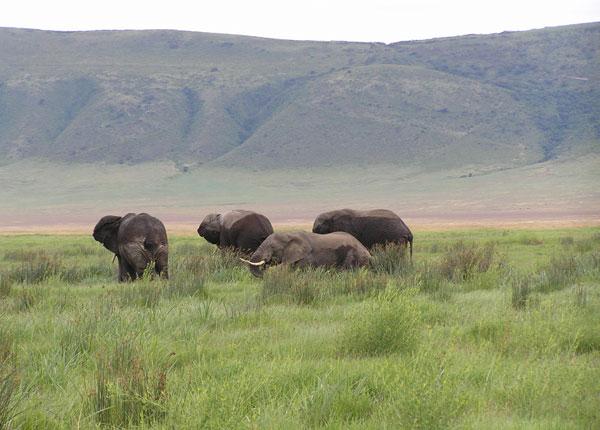